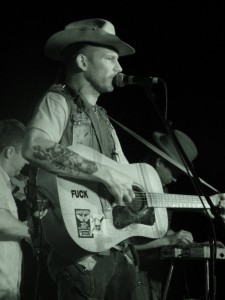 This is part one of my adventures at Masquerade on July 8th.

I had planned on covering the Hank III show as soon as I heard he was playing Masquerade. But it turned out that Gnostics, one of the artists that we’re spotlighting, was opening for Atheist in Hell the same night. So I planned my attack; I would see Gnostic then go up and see Assjack and Hank III. I would have to miss Atheist.

I get there and go down to hell and meet up with the guys in Gnostics and talk to them before the show. I decided to venture upstairs for a second before Gnostic played to see the opening act Lucky Tubbs. His great-uncle was Ernest Tubbs.

They had an old sound, straight out of a scene from the Grand ol’ Opry in its heyday. The place was about half full, minus one, because I escaped back downstairs to watch Gnostic (watch for part 2 of their review).

I stood up on the upper part of hell next to the door and noticed the seemingly endless stream of people heading upstairs.

As I went to get some air in the foyer, I heard that Hank III was playing next and Ass Jack would play last. I came up with a new strategy and was able to see III and Atheist. (I will catch Assjack next time).

I headed upstairs and I was amazed by how full it had become. I have not seen Masquerade this full since the Nine inch Nails show and the crowd was extremely diverse. I walked to the bar area and noticed the different layers of people. The bar area played host to a number of bikers in full colors, a group of pin-up burlesque girls from the rock-a-billy crowd , some older looking country outlaw types and a grandmother along for the show.

I made my way center stage and to the left of me was a couple of kids in all black with the slick black greaser hair and to my right a group of younger kids with their John Deer hats on. 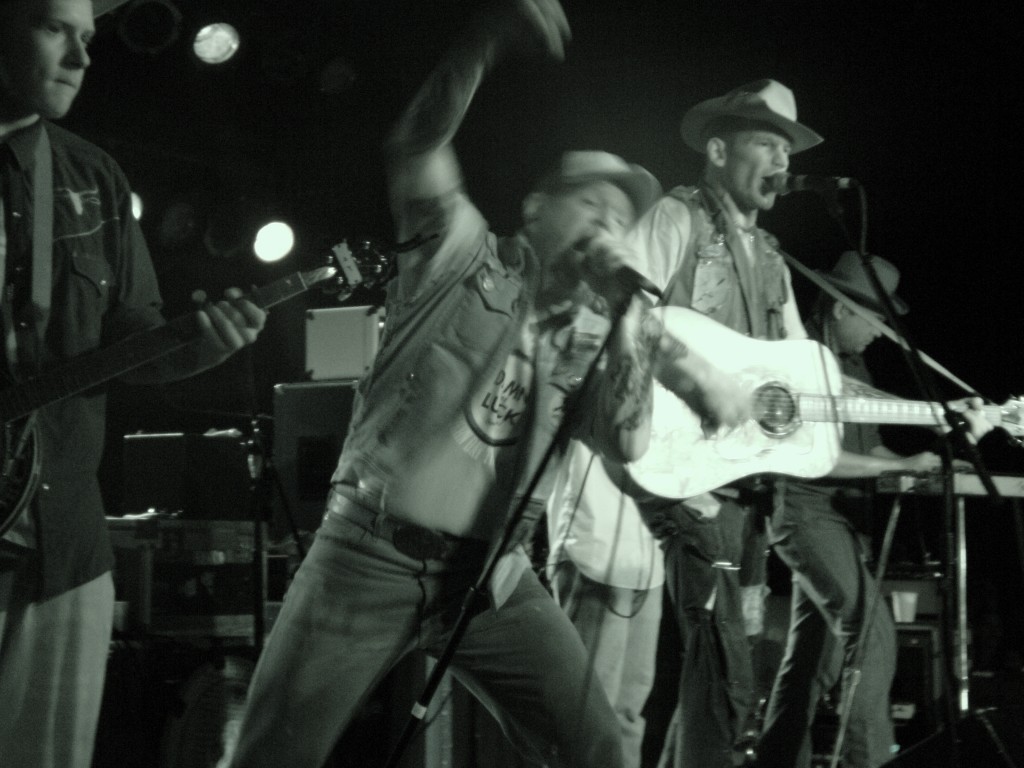 one man band tour that passed through not too long ago) comes out and the crowd goes ballistic and blast straight into the pit as he shoots into ‘Nighttime Ramblin’ Man’. The young greaser couple to my left got swallowed up in the sudden exploding burst of bodies and I ended up in the middle of the group with the John Deer hats as I tried to take some pictures.

I slid up to the front of the pit as it died down a little and as he went into ‘Thashville’ and ‘Thrown out of a Bar’, took some pictures and got out of there before it started up again as he went in to ‘Smoke and Wine’.

I weaved back to the sound board and found enough elbow room to work my way up to the stage along the left wall. This is where I camped out for the next hour.

He raced through many of the fan favorites like ‘Dick in Dixie’, ‘Country Hero’s’, ‘Pills I took’, ‘6 pack of Beer’ and many other. Then he went into a stretch where brought out Gary Lindsey (vocals from Assjack) to help sing his hellbilly stuff. Gary Lindsey is a long time Atlanta guy, he use to work at Junkman’s Daughter and he was the singer for Four Hour Fogger. (That was Troy and Brent from Mastodon’s band just prior to Mastodon.) They went into my favorite III song, ‘Long Hauls and Close Calls’. The driving beat of this song had the crowd forming a pit that rivaled some of the metal pits that I have seen in the last couple of months and had multiple waves of body surfing going on that kept the security working hard.

He carved up some more of his hellbilly songs and then brought out the younger Mr. Tubbs to help sing his father’s famous hit ‘Family Tradition’. This had the whole crowd singing “Hank why do you drink!!!” I was back at the bar for this one and I saw the bikers, punks and the rock-billy crowd all singing this chorus! Priceless! 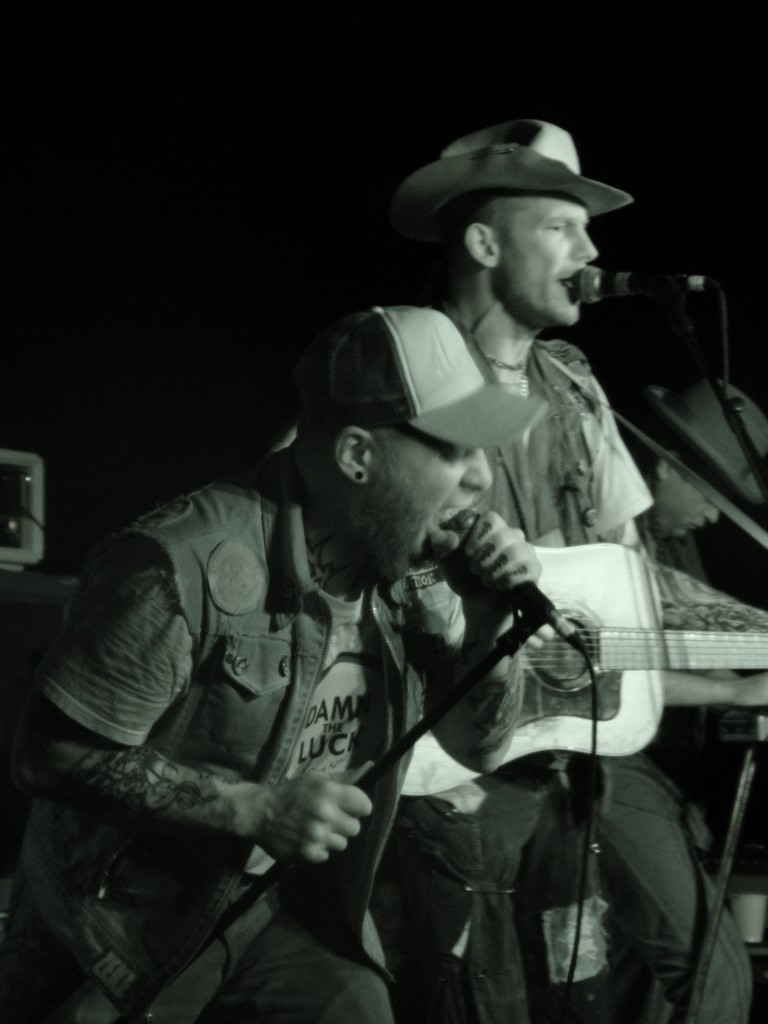 III carves out his own scene. He mentioned “that it was great that he had bikers, rednecks, punks, country kids, metal heads and hillbilly fans all in one place having a good time.” By not cashing in on his family name, the fact that he comes from music royalty and openly sharing his troubled past, III has built a loyal following by staying true to himself and his fans.

I was introduced to III’s music from his Super Joint Ritual connection with Down and C.O.C. And with his punk attitude he was able to deliver a totally raw and energetic set that had all parties walking away satisfied.

I left to go down stairs before Assjack came on to see Atheist. I watched the whole Atheist show which finished long after Assjack got off. As I was walking out, III was still outside the buses talking and taking pictures with fans, his tour manger had to drag him to the bus so they could get on the road.