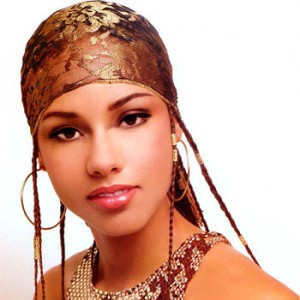 Alicia Keys will join the Black Eyed Peas, John Legend and several other music stars for the FIFA  World Cup Kick-Off Celebration Concert, to be hosted this year by first-time host, South Africa.

South African natives so far listed in the line-up include rockers BLK JKS and Parlotones, as well as folk singer-songwriter Vusi Mahlasela.

The concert will take place June 10 in the newly renovated Orlando Stadium, which has a 40,000 person capacity. The tournament itself begins June 12.  The last FIFA World Cup in Germany in 2006 attracted a global cumulative television audience of 26.29 billion for the tournament, according to FIFA.

“We are thrilled to have a concert of such magnitude and performing talent raise the curtain on the first FIFA World Cup in Africa,” said FIFA Secretary General Jerome Valcke.   ”It is testament to the universal and unifying power of football and music, and will start the competition off on the right note – of celebration.”

Emmy Award-winning producer Kevin Wall of Control Room is organizing the concert in partnership with local promoter, Showtime Entertainment.  “We believe sports and music transcend cultural, language and geographic barriers, and through the official FIFA World Cup Kick-Off Celebration Concert, we will present the sights and sounds of unity and celebration for an unforgettable, must-see experience,” said Wall.

In a press statement, former South African football international and Leeds United player Lucas Radebe said, “Music and Sports are the lifeblood of African culture, so to combine those in this historic event will be a true celebration of African Culture.” Radebe will be one of the past and present football legends who will join the international and African music acts on stage at the event.