An acoustic and low key event with reserved seats for a what would normally be a ‘rock” show proved to be quite a accomplishment for Aaron Lewis of Staind.

Surrounded by three open cases holding guitars of varying tunings Aaron Lewis held the attention of a very enthusiastic audience by serenading the crowd with old and new material.

He did throw in some songs by other artists such as Linda Perry’s former band’s anthem 4 Non Blondes anthem ‘Whats Up” which prompted a crowd sing-a-long. Aaron also performed a stunning version of Neil Young’s ‘Needle and the Damage Done.’ There is of course someone in every crowd that yells out Freebird so he obliged with a few bars.

Although the majority of the crowd was respectful there were a few towards the end that insisted on holding rather loud and rude conversations during Aaron’s heartfelt performance. He was noticeably aggravated and called out these few asking, ” if they would like him to stop so they could finish their conversation.” To which his fans uniformly cried out NO!!! He carried on with the show and came back for an encore to a standing ovation!!! 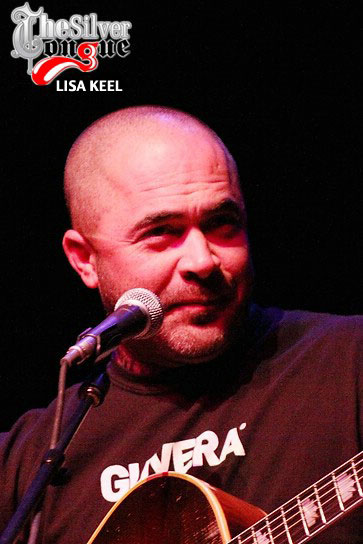 Overall this was a great show. It highlighted Aaron’s lyrical ability as well as his vocal ability. No auto tune here, in fact for his encore he did not even use a microphone. Just him and his acoustic guitar. The crowd stayed quiet and gave Aaron the respect he deserves. As he walked off the stage for the final time the crowd rose to their feet and awarded Aaron another standing ovation.

Review and Photos by Lisa Keel