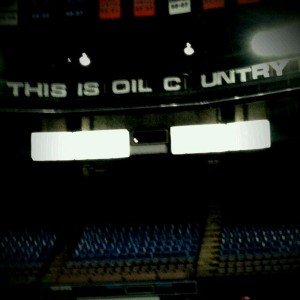 Lady Gaga is just making friends all over the place.

After Gaga’s sold out performance at the Rexall Place in Edmonton she tweeted a photo of the Oil Country sign, which happens to be missing a very important letter (yeah, the O), with the caption “Holy mother of laughter”.

Gaga’s 5.8 million Twitter followers probably got a kick out of the picture, but Mayor Stephen Mandel thinks that stunts such as this reflect negatively on the artist.


“Some things are disgusting and you shouldn’t have to say they’re disgusting,” Mandel said.

“I think it demeans them more than anything else.”

All in all the picture was harmless and if it makes Mr. Mandel feel any better, the town got a sold out show thanks to Gaga, and now they know their stadium’s sign is missing a letter.