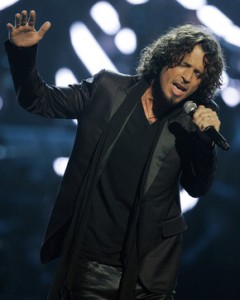 As Soundgarden’s reunion gathers steam, it would seem that Guitarist Kim Thayil’s promise that the band would be releasing “some albums from deeper in [their] catalogue” is not without credence.

www.soundgardenworld.com has announced that Soundgarden’s first ever live album “Live at I5” has been scheduled for release on Match 22nd of this year. Taken from the west-coast leg of the grunge veterans’ 1996 tour, the track listing delivers many of Soundgarden’s signature numbers in the live arena, as well as a cover of the Iggy and the Stooges classic Search And Destroy.

The full tracklist reads as follows:

The release comes hot on the heels of Kim Thayil’s recent speculation that the reformed group could release an album of new material in the near future. The guitarist stated that the band has been demoing new material, although recording is subject to the band members finishing other commitments. Soundgarden originally disbanded in 1998, following the release of Down On The Upside.

Vocalist Chris Cornell went on to work with three-quarters of Rage Against The Machine in Audioslave while drummer Matt Cameron joined fellow grunge superstars Pearl Jam. The band’s reunion was kickstarted in March 2009, when Thayil, Cameron, and bassist Ben Shepherd reunited with Seattle legend Tad Doyle on lead vocals. Chris Cornell announced his commitment to the project on New Year’s day of last year.


Thanks for this report to Ultimate Guitar.com