Posted in Music | Tagged Angles, New Release, the strokes, Under The Cover of Darkness
By TST Staff on January 25, 2011 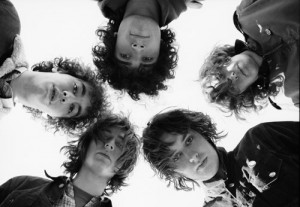 The groups fourth record is set for a U.S. release on March 22nd. The album’s first single, ‘Under The Cover of Darkness’, does not yet have a release date. Angles is the band’s first new album since First Impressions of Earth, released in 2006.

Strokes guitarist and singer Julian Casablancas announced the album’s title and the name of its first single via Twitter on Jan. 22. Strokes bassist Nikolai Fraiture confirmed the release date via his private Facebook page.

According to NME.com,  ‘Life Is Simple In The Moonlight’ is the only track  produced by Joe Chicorelli. The group later replaced Chicorelli and completed the album in the studio of guitarist Albert Hammond Jr.

The album’s tracklist is: