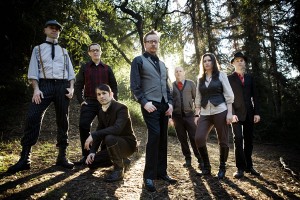 Seven piece Irish-American Celtic band Flogging Molly recently announced dates for their 7th Annual Green 17 Tour, which kicks off February 8th and runs through March 19, and The Silver Tongue and CBS Atlanta is giving away a pair of tickets to see Flogging Molly at the Tabernacle in Atlanta on February14th.

To enter email us at [email protected] Include Flogging Molly in the subject line.

Flogging Molly is preparing to release the the follow up to their acclaimed 2008 release Float on May 24th. For more info on the 2011 Green 17 Tour, visit www.floggingmolly.com.

Win a Pair of Tickets to See Mastodon in Atla...

Win a copy of True Blood - Music From The HBO...