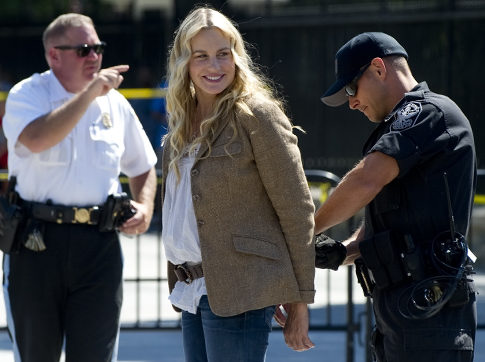 If expanded, the pipeline which currently runs from Canada to Oklahoma would continue to Gulf of Mexico, making it one of the biggest pipelines in the country.

Hannah told ABC before her arrest, “We want to be free from our dependence on foreign oil and fossil fuels. If Obama approves of this Keystone XL pipeline… it would be a disaster. These pipelines, it’s not ‘if’ it’s going to spill, it’s ‘when’ it’s going to spill.”

She continued, “There are some powerful forces that want things to continue… to go their way and they’re the ones that have the loudest voices,” Hannah said. “If [President Obama] doesn’t do right by the American citizens, he will not be back in this office again.”

A known activist, Hannah was been arrested in the past for protesting coal mining practices.