Posted in Music
By Erin Donaldson on August 16, 2011
Tweet 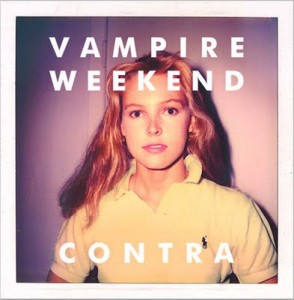 Last year, Vampire Weekend was sued by Ann Kirsten Kennis, the model portrayed on the cover of their sophomore album Contra. Photo District News reports that Kennis has finally reached a settlement with the band and their label XL Records, and that the case has officially been dismissed. The amount of money that she received is currently undisclosed.

Though Kennis is no longer involved, Vampire Weekend remains in court with Tod Brody, the photographer who sold them the photo license. Both the band and the label have filed a counter-suit against Brody, asking him to pay for all liability in the Kennis case. They claim that Brody forged a model release before selling the photo license to them for $5,000. It is unknown how Brody obtained the original photograph, which was a Polaroid shot in the 1980s.

Vampire Weekend and XL Records appear to be doing well in this second case, as Brody’s attorneys reportedly left him to defend himself, due to a lack of cooperation.