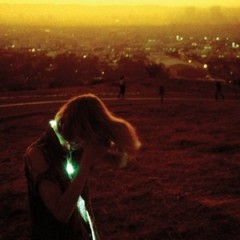 Neon Indian, aka Alan Palomo, has become a cornerstone in the fairly new genre known as â€œchill-wave.â€ His debut album Psychic Chasms earned much critical acclaim for its whimsical and distorted take on new wave, but many feared that his sophomore effort would only be more of the same â€“ they couldnâ€™t have been more wrong. Built upon the foundation of Psychic Chasms and infused with more complex melodies, textures and emotions, Era ExtraÃ±a is instead a brilliant collection of experimental pop ballads. Palomo has traded playfulness for depth and, whether or not it was intentional, he has proved himself to be more than just a screwball with a laptop.

When artists better-known for their whimsy than their poeticism take on more introspective subject-matter, one of two things tends to happen: Either, the emotions feel forced and over-dramatized (and the record flops) or the artist breaks new ground and achieves a different kind of fame. On Era ExtraÃ±a, Palomo has definitely done the latter. Joining the ranks of MGMTâ€™s Oracular Spectacular and Of Montrealâ€™s Hissing Fauna, Era ExtraÃ±a reminds us that, ironically, some of the best pop music is inspired by heartache or depression.

Though chock-full of twinkly synths and catchy beats, this record is an emotional roller coaster â€“ but those who speak Spanish may have already guessed that from the title. Era ExtraÃ±a can mean either â€œstrange eraâ€ or â€œshe was strange,â€ already keying listeners into the albumâ€™s dark interior. It manages to take on both meanings, as it chronicles a â€œstrange eraâ€ of heartache, confusion and girl drama, lots of girl drama. What appear to be different chapters of this era are then separated with short instrumental tracks titled â€œHeart: Attack,â€ â€œHeart: Decayâ€ and â€œHeart: Release.â€ Each chapter features its own distinct sound, distinguishing the variety of emotions experienced throughout the album.

Opener â€œHeart: Attackâ€ kicks off a trio of sweet, romantic track. The first of which, â€œPolish Girl,â€ is the closest thing you will find to a Neon Indian dance tune. Its digitized whines and heart-wrenching hooks could easily be mistaken for that of Passion Pit, which goes to show just how far removed from standard â€œchill-waveâ€ Neon Indian has become. This polished sound is not lost as we move on to â€œBlindside Kissâ€ and â€œHex Girlfriend.â€ The level of distortion and tension felt in the music, however, rises exponentially, perhaps indicating an increase in anxiousness and confusion.

Suddenly, the mood shifts with â€œHeart: Decay,â€ and the listener is met with haunting murmurs and minor down-tempo synths. If Era ExtraÃ±a followed a plot, this might be seen as the â€œall is lost pointâ€ â€“ that point in a film when the main character has perceivably failed in his endeavors and given up. The rest of the tracks detail a sort of recovery from this rock bottom. â€œFalloutâ€ is the most typically â€œchill-waveâ€ moment on the album, featuring a simple repetitive backbeat and Joy Division-esque monotone vocals. Thus, Palomo makes it clear that he hasnâ€™t completely moved beyond the genre that he arguably created.

The mood remains somewhat numb and stuck in this â€œchill-waveâ€ funk throughout â€œEra ExtraÃ±aâ€ and â€œHalogen (I Could Be a Shadow).â€ It isnâ€™t until â€œFuture Sickâ€ that the tempo begins to pick up and a sense of life returns to Palomoâ€™s voice. Though lyrically it suggests a fear of moving on and embracing the future, stylistically we can see that some emotional progress has been made.

Era ExtraÃ±aÂ finally reaches its creative peak on “Suns Irrupt.”Â Â The second you hear its bright, hypnotic hook, you know something great is about to happen. The anxious distortion and dreary monotone of the â€œHeart: Decayâ€ chapter are lifted and a full recovery is made. It is by far the most intricate and ground-breaking track on the album, solidifying Neon Indianâ€™s transformation into a laptop music superpower. This explosion of talent is then wrapped up with the brief epilogue â€œHeart: Release,” a bass-heavy return to the shiny, colorful pop of the recordâ€™s opening tracks.

Era ExtraÃ±a is important, not only because it proves Neon Indian to be more than an intriguing blip in the indie radar, but because it offers a new direction for the future of pop music. It reminds us that glamour and over-production are by no means prerequisites for the genre. Era ExtraÃ±a is not perfect, and it means not to be. For that reason, it becomes something that anyone can relate to. More importantly, it makes â€œchill-waveâ€ and laptop music more accessible and opens them up to the mainstream. With so many layers of significance, this record is certain to shake up the music scene.

Previous Entry: Odd Future to star in “own” reality TV series
Next Entry: Mel Gibson Draws Heat for Movie Based on Judah Maccabee