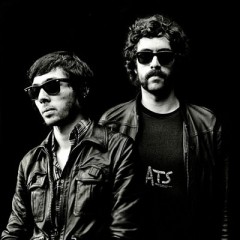 As the duo reported in an interview earlier this summer, Audio, Video, Disco will be a more instrumental-based album than 2007′s (Cross). Band member Xavier de Rosnay told Pitchfork, “We played everything on the album ourselves, but it took a long time to make it because we are not good players.”

The new video demonstrates their effort to perform traditional instruments, following the band in the studio while they record all of the instruments live. Check out the video for “Audio, Video, Disco” here.

Previous Entry: Is the World Ready for More of Marcus and Angela?
Next Entry: Concert Review: Of Montreal at Mercy Lounge