As a student, I tend to have a lot of time on my hands to search for new music. Yes – you wish you were me. But it seems, as of late, that a fair amount of my waking hours have been spent accidentally stumbling across strange albums while looking for “proper” tracks on Spotify.

Such a regular occurrence it has become, I am able to compile – arguably – the top 5 oddest albums you can find on the otherwise useful music streaming service.

After searching for Richard Cheese (willingly so), I clicked on this cheery chappie by mistake. You might say that Richard Cheese is actually weirder than this guy, but I thought I’d add him because he sounds like he could do with some free publicity.

I’m not going to get away with this, but he does sound like a combination of The Decemberists and They Might Be Giants.

4. This Is Just a Tribute: The Music of Tenacious D ft. The Dust Bowl Cavaliers

Following in a similar vein to Hayseed Dixie, this album is one of those where you think “Was this really necessary? I mean…REALLY?”. Perhaps because I’m a resident of the U.K. and altogether unfamiliar with the phenomenon that is bluegrass cover versions, I may just not…get it. Coming from the same people that brought you Vitamin String Quartet, you’re better off listening to them instead – their cover versions are rather beautiful.

In no way do I wish to offend anyone that has a belief in Christianity, but do you really think God would be happy to listen to a Nu-Punk version of ‘Amazing Grace’ every week at church? No, I thought not…

Give me the droning sound a hundred old ladies in a building marginally younger than their combined age, singing ‘Be Thou My Vision’, any day of the week (but preferably Sunday).

Some awesomely awful stuff here. Ever wondered what Coldplay’s Chris Martin would sound like if he suddenly metamorphosed into a pan pipe? To be honest, the sounds aren’t that dissimilar as I couldn’t differentiate at first. In fact, I’d rather Chris Martin WAS a pan pipe – he’d be slightly more tolerable then. 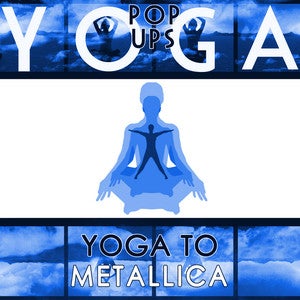 Probably the only album on the list that could double up as a lullaby album for your children (or alternatively, buy the Iron Maiden lullaby collection), this has to be the weirdest album I have come across…ever. And I listened to Lulu…in full!

If you think you can find an even stranger album, then comment below.

Previous Entry: New Video: Foster the People – “Call It What You Want”
Next Entry: In Flames Releases New Video For Where The Dead Ships Dwell