Sugarland Comes Back To Indiana For A Free Concert

Yes, it has been confirmed. Sugarland will be returning to Indiana to perform a free concert in memory of those who were killed or injured in the infamous stage collapse back in August. While the accident was by no means intentional, it came across as some kind of freak, Final Destination-type incident. It was definitely

Electronica/pop band The Ready Set has just released a new song off of their upcoming album, Feel Good Now. “A Little More” is a feel-good, can’t-help-but-bop-to-it song, and has fans excited for the release of Feel Good Now on October 11th. It’s nearly impossible to not sing along to the songs’ “la di dot dot 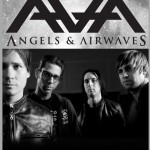 Angels & Airwaves is coming back to (literally) rock the airwaves once again with their newest album, LOVE Part Two. The band’s fourth studio album is a pretty big deal after AVA released their free album, LOVE, last year. The even bigger deal is that the album hit almost 1 million downloads, and we can 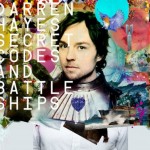 Heartthrob Darren Hayes (of Savage Garden) has his most recent album, Secret Codes And Battleships, set to be released on October 17th in the UK, and October 21st for everyone else. The Australian-originated singer/songwriter struck out on his solo career in 2002 when he released his first solo album Spin, and since then has recorded

The premiere video for “Go Back” by Marketa Irglova was officially released today. “Go Back” is off of Anar, set to be released on October 11th. Anar is Irglova’s first solo-recorded album after doing musical projects such as the Swell Season with Glen Hansard, the Oscar-winning duo, and premiering in the movie Once, also with