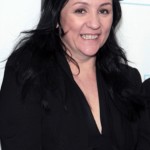 Fashion publicist and reality television star Kelly Cutrone will replace André Leon Talley as one of the judges in America’s Next Top Model. The move will take place next season, the series’ 18th, and will premiere next year. Kelly Cutrone is no stranger to judging young women trying to get into fashion, and if her

Best and Worst Dressed at the 2011 Emmys 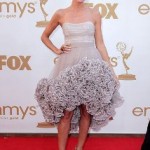 Best Dressed The biggest trend at the 63rd Emmy Awards was the color red, but it was the ‘noir’ ladies who scored higher on the carpet. Gwyneth Paltrow It was perhaps Gwyneth Paltrow who took the biggest risk at Sunday’s Emmys by wearing a midriff-baring dress by Emilio Pucci. The Emmy winner was smart enough 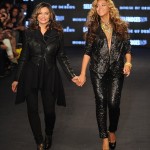 Beyonce and her mother Tina have launched a new fashion line from their company House of Dereon. The company was started back in 2006 named after the singer’s maternal grandmother Agnez Dereon. The company’s tagline is “Couture. Kick. Soul.” The launch of the new collection was held at Selfridges department store in London. Beyonce decided

Kanye West to design his own collection

Only a few artists mix music and fashion like Kanye West does, but next October, the rapper will try to translate his love for both subjects into a womenswear collection for Paris Fashion Week. This could be a gigantic mess of epic proportions, but the Grammy winner does have an extensive rolodex of fashion designers

Kirstie Alley Shines On The Runway During Zang Toi Show 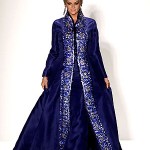 When you think of the words “fashion model” Kirstie Alley probably won’t be the first name to come to mind, but the actress looked amazing during  her NYC Fashion Week appearance. Looking dazzling in blue coat dress designed by Zang Toi, Alley hit the runaway at Lincoln Center and later she tweeted, “Thank you all the