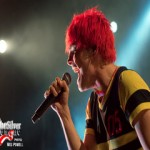 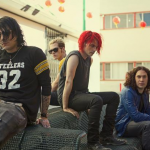 Paramore will headline this year’s Honda Civic Tour. The nationwide tour will begin July 23 in Raleigh, NC, and continue throughout the summer. Supporting artists include Tegan and Sara, as well as two other acts to be announced. Paramore Fanclub pre-sale will be available at http://tixx1.artistarena.com/hctparamore. Paramore and Honda are also offering access to a