Posted in Uncategorized
By TST Staff on September 26, 2009 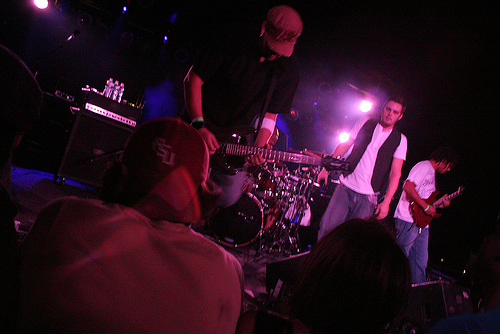 Last night’s show at the Masquerade began with a long chord played by Stand Alone, a five-piece progressive rock band from Atlanta, Georgia. The venue was still filling up as they performed, and vocalist Kenny worked diligently to get the crowd roused from this week’s somber atmosphere. They played loud and hard, switching between melody-heavy hard rock ballads and lyric-intensive nu-metal ramblings.

Next up was Branded with Fear, another local band. Their modern rock sound worked wonders on-stage, drawing 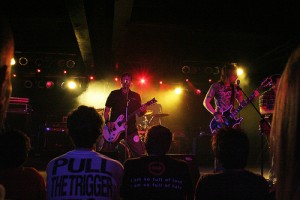 comparisons to Breaking Benjamin. Playing songs from their new EP, In My Head, they impressed the crowd with their instrument-heavy performance. It wasn’t until about half-way through their set that they managed to fully capture the crowd’s attention with a heavy rendition of Garth Brook’s “The Thunder Rolls.” A very fitting song for the crowd, to say the least.

Sub Cam took the stage soon after, making them the third 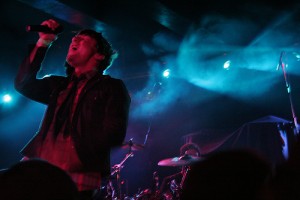 band of the night to hail from the good ol’ ATL. Starting off slow, their sound was surprisingly subdued. As their set continued, they began to feed off the energy of the crowd. This culminated into a harrowing cover of Alice in Chain’s “Rooster.” Their performance very quickly turned from that of a young rock band on stage in a mid-sized venue, to one worthy of arena status. With every member of the band showing off their skills, they very quickly turned the atmosphere of the crowd. Sub Cam is definitely a band to watch out for in the near future.

With the crowd now in full effect, Dear Enemy, another Atlanta-based band, took stage and absolutely 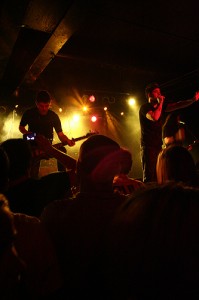 hi-jacked the show. With a set full of songs that seem to draw influences from recent post-hardcore trends, such as instrumental breakdowns that get the crowd into a frenzy. Their energy fed directly to the crowd, and the crowd returned it ten-fold, with pits forming every few minutes and roaring commendations. Dear Enemy were easily my favorite band of the night, and seemed to have been the crowd favorite as well.

Headlining was boyhitscar, a hard rock band from Los Angeles, California. Similar to Dear Enemy before them, boyhitscar came on stage and 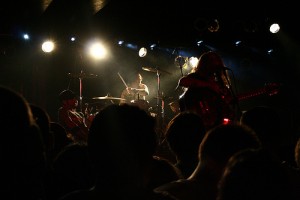 immediately began to bring down the house. With a new album due this year, they shook things around with a more modern, hardcore sound. The crowd ate it up, and they continued to feed them tracks from their back-catalog, occasionally dropping new songs that worked to stir the crowd into feverish delight.

The Masquerade was host to a slew of wonderful local bands, and what I could call one of the best local line-ups you could possibly see. After a night full of heavy vibrations, I left, placated in my realization that Atlanta has more to offer than any other city when it comes to talent.