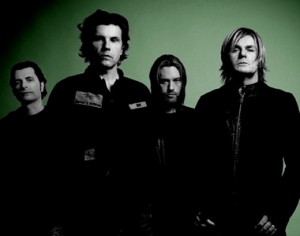 Sunday Nov 15 at The Tabernacle in Atlanta

The “LOVE” album is viewed by fans and world-wide media as The Cult’s pre-eminent release.

From the immediately recognizable opening notes of “She Sells Sanctuary,” through Billy Duffy’s psychedelic guitar strains on “Phoenix,” to the resolve of Ian Astbury’s haunting baritone on “Brother Wolf, Sister Moon,” the Cult created an album that maneuvers as a tour de force.The Cult “LOVE” Live Tour will showcase the band’s alternative roots as musicians and performers, and is sure to electrify new fans and devotees.

Performing in diverse venues from the grand scale excitement of London’s, Royal Albert Hall, to the thrill of Los Angeles’ Nokia Theater, to the intimate setting of Paris’ Le Bataclan, the band will fulfill the ultimate dream of Cult lovers across the globe, accomplishing the unimaginable; a once in a lifetime opportunity to witness one of alternative rock’s most important records, “LOVE” performed in its entirety, live on stage.

“The band is redefining the live album experience with the “LOVE” Live Tour; nothing is comparable to witnessing The Cult, fully engaged in the live creation of arguably their seminal album. For fans this will be the greatest tour yet, and for those just discovering The Cult, this staging will envelop them in a pure performance experience,” stated Cult manager, Tom Vitorino.

The Cult will be delivering spectacular production, along with the intense performances that fans have come to expect. The evening’s finale will include an encore of The Cult’s greatest hits, spanning the bands’ storied career. 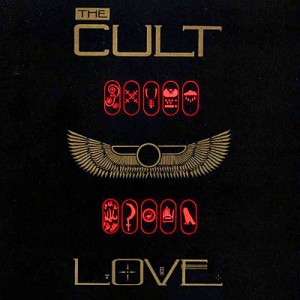 The band has been working closely with their art / design team creating an arresting set, with dramatic effects, using state-of-the art technology.

Continuing their historic creative partnership, Ian Astbury and Billy Duffy began writing together this winter and have since recorded several songs at The Sunset Marquis Villa Recording Studios in Los Angeles, CA.
The highly anticipated new tracks will be the follow up to The Cult’s 2007 release, the critically acclaimed, “BORN INTO THIS.”
As of press time, the band is keeping options open to drop new tracks in conjunction with the tour.