Fall Out Boy Break Up? 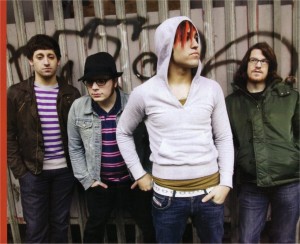 A tweet from drummer, Andy Hurly set off the rumors of a potential Fall Out Boy break-up.  The tweet stated that the band was on hiatus.  MTV News asked Pete Wentz to clarify, and he took the opportunity to set the record straight.

Wentz doesn’t like the negative connotation associated with the word “hiatus,” and says that if you look up the definition of “hiatus” it means “a break.”  Wentz summed up his explanation saying that the band is actually on a break with no definitive end.  He just doesn’t like the sound of the word “hiatus.”  In his own terminology, “we’re decompressing.”

Previous Entry: Rancid's New Video "Up To No Good" Helps the Tony Hawk Foundation
Next Entry: Slash Defends Decision to Use Fergie on ‘Paradise City’