Florence and The Machine to Re-Release 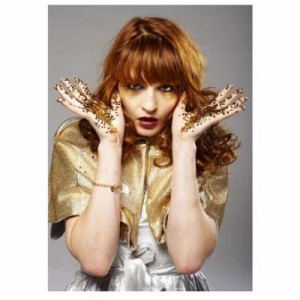 The British songstress, Florence Welch will reissue her debut album, Lungs in a four-disc version, which will include the original album as well as various live tracks, demos, covers, and remixes.

A DVD of the band’s July 7th performance at the Rivoli Ballroom in London is also among the discs.