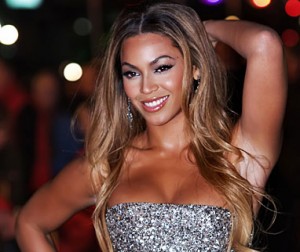 The 52nd Annual Grammys aired tonight on CBS and Beyonce was the big winner of the night leading the pack with six wins, the most for a female artist in one night. The songstress took home Grammys for song of the year  for “Single Ladies (Put A Ring on It)”, best female R&B vocal solo and best R&B song for “Single Ladies,”, best contemporary R&B album for “I Am…Sasha Fierce.

Taylor Swift took away four Grammys and was the surprise of the night when she won the Grammy for album of the year for “Fearless.”

Kings of Leon won record of the year for “Use Somebody.” And won three other awards for best rock song and best rock duo or group with vocals.


Georgia natives, the Zac Brown Band won for best new artist, and the Black Eyed Peas took home three awards, including best pop vocal album for “The E.N.D.” and best pop performance by a duo or group with vocals for “I Gotta Feeling.”

Album of the year

Record of the year

“Halo,” Beyoncé
“I Gotta Feeling,” The Black Eyed Peas
“Use Somebody,” Kings of Leon *
“Poker Face,” Lady Gaga
“You Belong With Me,” Taylor Swift

Song of the year

“Ego,” Beyonce and Kanye West
“Knock You Down,” Keri Hilson, Kanye West and Ne-Yo
“Run This Town,” Jay-Z, Kanye West and Rihanna *
“I’m On a Boat,” The Lonely Island and T-Pain
“Dead and Gone,” T.I. and Justin Timberlake

“Back From the Dead,” Spinal Tap
“A Colbert Christmas: The Greatest Gift of All,” Stephen Colbert *
“Internet Leaks,” Weird Al Yankovich
“My Weakness is Strong,” Patton Oswalt
“Suckin’ It for the Holidays,” Kathy Griffin
“Tall, Dark and Chicano,” Geroge Lopez

Best pop performance by a duo or group with vocals:
The Black Eyed Peas, “I Gotta Feeling”

Best rock performance by a duo or group with vocals:
Kings of Leon, “Use Somebody”

Best rock song:
Kings of Leon, “Use Somebody”

Best rap performance by a duo or group:
Eminem, Dr. Dre and 50 Cent, “Crack A Bottle”

Best country performance by a duo or group with vocals:
Lady Antebellum, “I Run To You”

Best country collaboration with vocals:
Carrie Underwood and Randy Travis, “I Told You So”

Previous Entry: The Music Industry Has a Laugh at Our Expense Courtesy of Taylor Swift
Next Entry: Wilco Offers Free Show Downloads To Support Charity