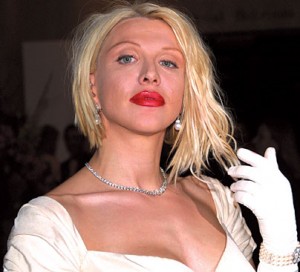 Courtney Love tells SPIN that she doesn’t “function well without a real band.” This explains why she has reformed Hole, even without original guitarist, Eric Erlandson and bassist, Melissa Auf der Maur. Love tells SPIN, “I made the [band] name up,” as she defends her choice to add three new members. The new additions include Micko Larkin on guitar, Shawn Dailey on bass, and drummer Stu Fischer.

The band has several concerts lined up for February.  This will be the band’s first time back on stage in 11 years!  February 17 sees them in London, after which they move to Milan on February 19 and Amsterdam on February 21.  Their overdue album, Nobody’s Daughter is planned to be released in the spring.

Previous Entry: Of Montreal Feature Solange Knowles and Others on New Album
Next Entry: Thom Yorke, Damien Rice on Soundtrack for Documentary Film on Tibet