The Killers Announce Hiatus Following Their February Show in Australia 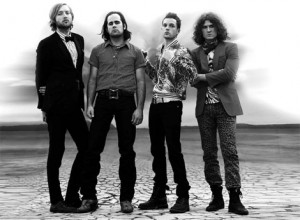 The break won’t be permanent, although it might last longer than people expect.  “We haven’t had a break in quite a while. It’s just been touring and making records and on and on and on. It’s been like six years just kind of connected together. It’s like people just expect us to do that non-stop till we die, but we just want a little bit of time off, just to be myself and do what I want to do for a little bit”, says guitarist Dave Keuning.

News of this break comes after rumors that frontman Brandon Flowers would be leaving the band to pursue a solo career, rumors that Flowers denied.

For more band news and updates go to www.thekillersmusic.com.