Killswitch Engage Live at the Tabernacle

Performing on their first headlining tour, Roadrunner recording artists Killswitch Engage descend on the Tabernacle in Atlanta with a powerful package of the metalcore genre and a sudden change in touring lineup. 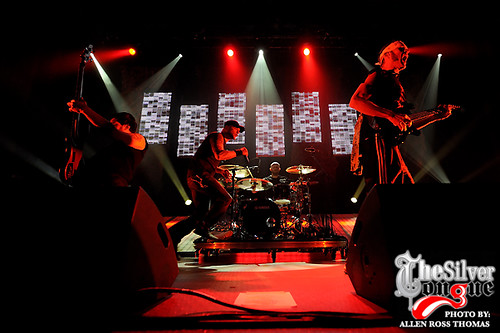 The night began with Sweden’s Dark Tranquility. The band is often credited as influential founders of the darker side of the genre. Dark Tranquility delivered a powerful and dark 45 minute set featuring tracks from their new album “Into The Void” mixed with classics from their 9 album career. Presentation was classic Sweden metal. Dark backlit shades of blue covered the band as they all took stage front for an aggressive an unrelenting assault that perfectly set the stage for the evening. 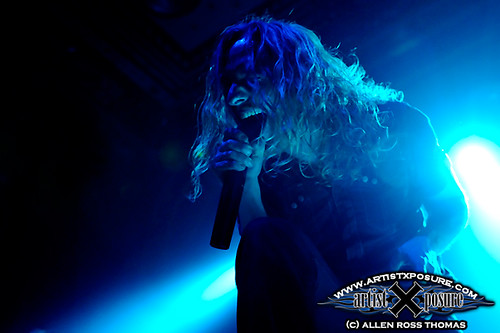 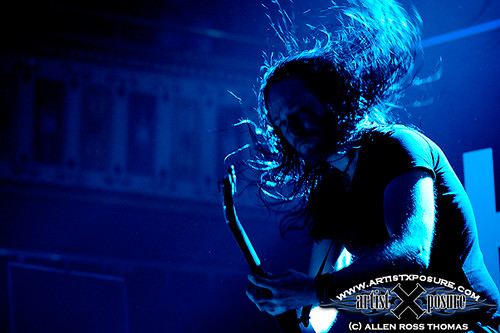 Next, rising christian metalcore artist The Devil Wears Prada took the stage. Having heard a great deal about this bands live show, I was anxious to have the experience myself. Clearly a favored artist of the crowd, as the band took the stage the venue was spun into an unrelenting frenzy both by the artist and with complimentary crowd participation. For nearly an hour the band never broke from their pace with each of the 6 band members never remaining stationary on the wide but depth limited stage. The band released an unslaught of guttural growls and aggressive instrumental assualts clearly demonstrating the reason for live show accolades. 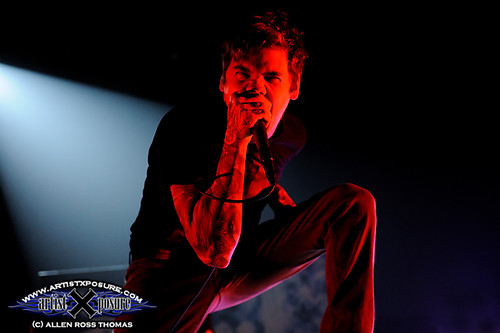 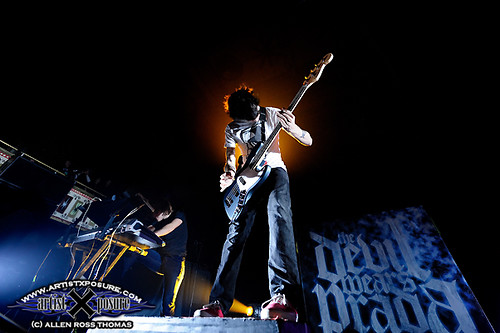 To close out the night, tour headliner Killswitch Engage took the stage. Earlier that day the band announced lead vocalist Howard Jones would be leaving the current tour immediately due to “”unforeseen circumstances.” The show however went on with long time friend and lead vocalist of All That Remains, Phil Labonte, flying in on a moments notice to fill lead vocal duties for the show. 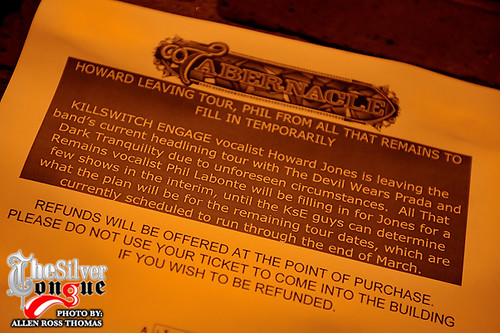 The band opened with one of their signature tracks “Rose Of Sharyn” hitting on all cylinders and setting the crowd pace for the night and continued with “Reckoning” and “Fixation” while taking a brief break to introduce Phil who was performing admirably with the band commanding the stage like a seasoned frontman and without reference to lyric sheets. 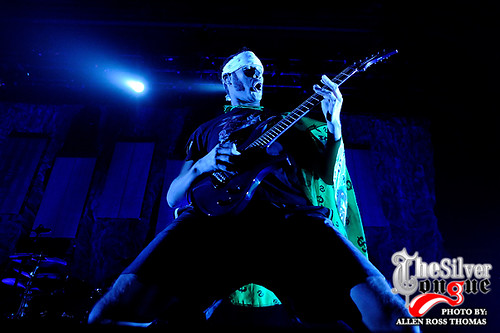 The set continued with more fan favorites including “My Last Serenade”, “When Darkness Falls”, and “Numbered Days” with an intensity that brought the crowd to cast away all warnings of moshing and crowd surfing while they continued with “Prelude”, “Vide Infra”, and “Temple From Within”. Another break in the set with Adam addressing the crowd with a sincere thank you for fan support this night even moreso with the abrupt tour departure of Howard Jones. 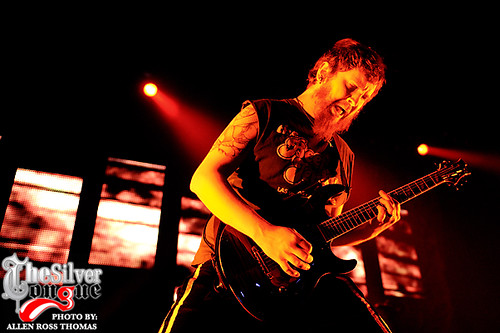 Continuing the set with “My Curse”, “Take This Oath”, and “Life to Lifeless” Killswitch Engage demonstrated their unique melodic style which they so eloquently couple with in your face metalc. Some final words of appreciation by the band and the set closed with a few thousand singing along as the band delivered “End of a Heartache” followed by tremendous crowd cheers compelling an encore of the bands cover of Dio’s classic “Holy Diver”. 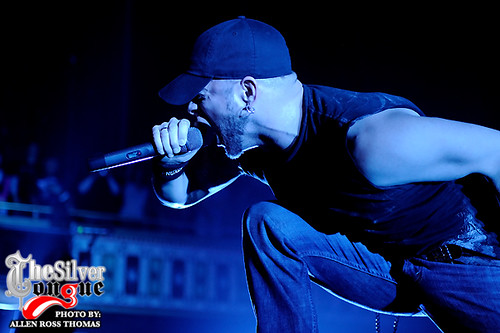