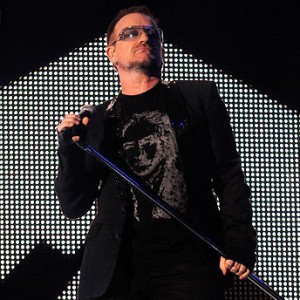 U2 surpasses all as the biggest earning act in the United States of 2009.

According to Billboard’s Top 40 Money Makers list, the veteran Irish rockers raked in $109 million from record sales, touring and royalties.  Much of that was boosted by the band’s 360 world tour, which is still underway.  U2’s heavyweight rock status has been solidified not only by the 2009 Money Makers title, but also by their being recently named North America’s most popular touring act of 2009.

Billboard’s formula for working out the list is “top secret” but is based around money earned from all methods of selling music, along with publishing and touring. The 2009 list is the fourth edition of the chart-compiler’s annual countdown of the highest earners in music.