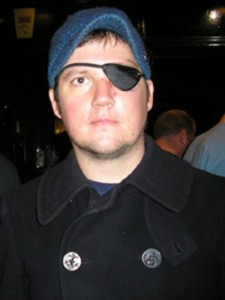 Misadventure of Flapjack creator, Thurop Van Orman, announced via his blog that Modest Mouse’s Isaac Brock has agreed to do some collaboration for an upcoming Flapjack special. Van Orman states, “He is about the greatest guy around, and is doing some kickass music with us. And Flapjack is his favorite show!”

The Misadventures of Flapjack is a cartoon aired on Cartoon Network about the adventures of a young naïve boy(Flapjack), Bubbie, the whale that raised him, and Captain K’nuckles, a pirate whom they rescued. The three spend most of their time in Stormalong Harbor, where they live, and in search of candy and Candied Island.