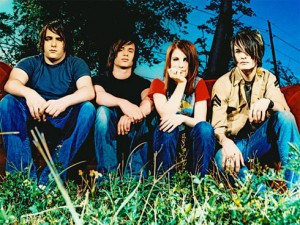 Paramore will headline this year’s Honda Civic Tour. The nationwide tour will begin July 23 in Raleigh, NC, and continue throughout the summer. Supporting artists include Tegan and Sara, as well as two other acts to be announced.

Paramore Fanclub pre-sale will be available at http://tixx1.artistarena.com/hctparamore. Paramore and Honda are also offering access to a pre-sale starting Tuesday, March 23rd available through www.HondaCivicTour.com. The general on-sale date is March 27, beginning at 10 a.m. in most cities (check local concert listings); in addition to the dates listed below, more shows will be announced.

“We are so excited to be headlining the Honda Civic Tour and to hit all these great cities and see our fans across the country. We have a killer lineup and can’t wait until July!” said Paramore lead singer Hayley Williams.

* Tegan and Sara will not appear at this show.