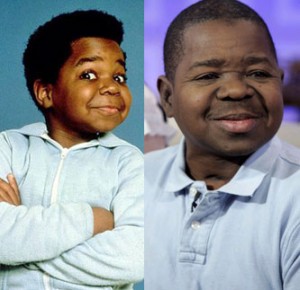 Gary Coleman played Arnold Jackson in the hit series Diff’rent Strokes.  The show ran from 1978 to 1986 and by age 11 Coleman had become one of TV’s brightest stars.  As Arnold Jackson, he coined the catchphrase, “What you talking ’bout, Willis?”  The former child star never grew taller than 4 ft 8 in (1.4m) due of a kidney condition; he had undergone two unsuccessful kidney transplants. Gary Coleman died at 12:05 p.m. at the Utah Valley Regional Medical Center in Provo, Utah, where he had been in a coma.  He was 42.

Bassist Mark Hoppus of Blink-182 paid tribute to the late TV actor by posting on his Twitter page: “I hope that in heaven Gary Coleman finds the peace that eluded him on Earth, and finally discovers what Willis was talking about.”

Singer/songwriter, Katy Perry offered her condolences as well, along with child-actress-turned-pop-star, Janet Jackson.  Jackson expressed her shock and sorrow in a tweet:  “I’m at a loss for words upon learning of Gary Coleman’s passing. I want to remember him as the fun, playful, adorable and affectionate man he was. He has left a lasting legacy. I know he is finally at peace.”