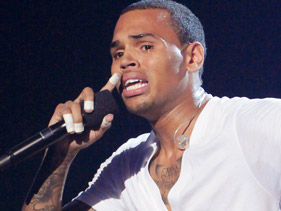 A somber Chris Brown took to the stage at the BET awards on Sunday to give his long awaited tribute to Michael Jackson. During the tribute Brown broke down before leaving the stage. Check out the video below.

Brown later took to the stage the accept the AOL Fandemonium award. In his speech he said, “I let you down before, but that won’t happen again.”

What do you think, is it time for the media to give Chris Brown a break and let him move on with his career. Or should he forever wear his scarlet letter?

Previous Entry: Something Olde, Something New
Next Entry: Video: Courtney Blames Sex For Her Tardiness