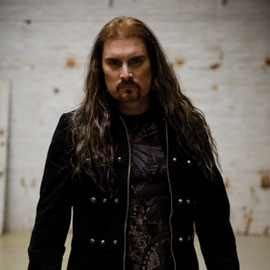 “…It’s a big move for us; it’s unprecedented within the band. This is our first time coming up against finding a drummer for Dream Theater. We do have everything in place. We don’t have a drummer yet, but we have auditions for drummers all set up, and it’s all ready to go… We already have seven guys lined up that are gonna come into the studio and they are going to play through some songs and so on and so forth.”

LaBrie also talked about what qualities he looking for in a new drummer.

“We are looking for the right chemistry, the right vibe, the right attitude, the right personality, the right look — somebody that we feel really will embellish upon what Dream Theater has stood for and what we plan on standing for in the future. So it’s pretty exciting. We have everything in line, we have everything set up, so it’s just a matter, within a couple of weeks, to start the auditions and then to eventually make the announcement who the new drummer is.”