Gorillaz “iPad” Album Will Be Available on Christmas 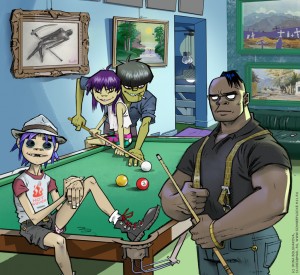 By now most of you have heard about the Gorillaz album that the band wrote and recorded entirely on an iPad. Now it’s been announced that the album will drop on Christmas morning, and it’s free.

In an interview with Perth Now Gorillaz’ Jamie Hewlett revealed the details of the new release.

“On Christmas Eve, a video for one of the new songs from the iPad album will be released,” Hewlett said. “Then, on Christmas Day fans get the whole album downloaded to their computer for free as a gift.”

Not much is known about the album, but last month Damon Albarn spoke told NME that he recorded the album on his iPad during the 2010 North American tour.

“It sounds like an English voice that has been put through the vocoder of America,” Albarn said. “[It’s] more American-sounding than Blur… I’m going to try and put it out before Christmas.”

Will you download the new Gorillaz iPad album? Let us know what you think in the comment section.