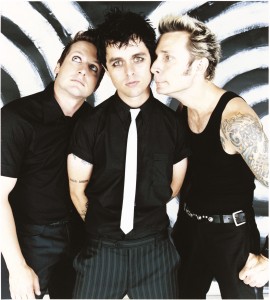 While on tour with Green Day last summer, frontman Billie Joe Armstrong announced that the band were recording concerts to garner material for a future live album. A few months later, that record now has a name and a release date.

On March 15, Green Day will release a live album titled Awesome as [Expletive] in the U.K., according to a listing on Amazon.co.uk. The live record, which is listed as a two-disc set, will likely come out in the U.S. and other regions around the same time.

There’s no word yet on a track list, although the band played the never-released “Cigarettes” after making the announcement back in August. Green Day hav one previous live album to their credit. In 2006, they released Bullet in a Bible, recorded at the Milton Keynes Bowl in 2005, while on tour to promote American Idiot. Deluxe copies of that album also came with a DVD of the show.

Thanks for this report to Bryan Wawzenek, Gibson.com.