10 Covers That Beat The Original 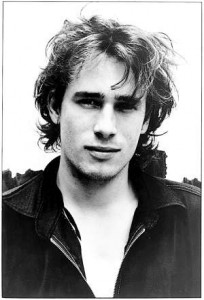 That title may incite some pretty strong opinions, but the fact is that there are some covers that build on the legacy of the original track to such a degree that you can hardly imagine the song performed any other way.

Naturally, a great cover can’t exist without a great song, but here are 10 covers that were so powerful in direction, popularity or just plain originality that they made listeners forget momentarily they were covers.

Disco lovers may still fight to the death for “Stayin’ Alive,” but Dweezil Zappa’s all-star remake on his album Confessions (1991) is sure to come out on top as far as guitar geeks are concerned.

And the vocals are performed by – wait for it – Donny Osmond (although a version exists with Ozzy Osbourne at the mic, too).

Originally by New Wave of British Heavy Metal band Diamond Head, “Am I Evil?” was an underground classic when Metallica grabbed it and made it a live favorite as well as the B-side to “Creeping Death.” It also appeared on Metallica’s Jump in the Fire EP, The $5.98 E.P.: Garage Days Re-Revisited, and Garage Inc., and Metallica celebrated the song’s influence on the thrash genre when the band, along with Big Four cohorts Megadeth, Slayer and Anthrax, joined forces to cover the track live during the Sonisphere tour in Europe in 2010. The DVD featuring that performance has now gone double platinum, and a large part of its draw is the history-making performance of this song.

Bowie’s career is dotted with great covers – George Harrison’s “Try Some Buy Some,” The Pixies’ “Cactus,” psychobilly pioneer Legendary Stardust Cowboy’s “I Took a Trip on a Gemini Spaceship” (let’s overlook his duet with Mick Jagger on “Dancing in the Street,” shall we?). He even recorded an entire album of covers (Pin Ups), and planned to follow it up three decades later with an album called Toys, which never quite materialized, although tracks from the sessions can be found across various special edition releases in the following years. His cover of “Sorrow” from Pin Ups is perhaps his best-known and most influential cover. The track was originally by The McCoys and became a U.K. hit for The Merseys in 1966.

Johnny Cash’s Rick Rubin-produced American series of albums featured some truly great remakes, including “Personal Jesus” by Depeche Mode and “Rusty Cage” by Soundgarden, but his cover of Nine Inch Nails’ classic “Hurt” on American IV: The Man Comes Around transforms the song from a young man’s cry of anguish to an old man’s sigh of regret – a transformation made all the more poignant by the accompanying music video.

Clapton is another artist who has recorded more than a few covers throughout his career, including his stunning From the Cradle and his Robert Johnson covers album Me and Mr. Johnson. His version of Bob Marley’s “I Shot the Sheriff,” as with his cover of JJ Cale’s “Cocaine,” maintains a high degree of radio playability to this day.

Jeff Beck is no stranger to great covers. His version of The Beatles’ “A Day in the Life” was one of the highlights of Sir George Martin’s final recording (although Jim Carrey’s “I Am the Walrus” was kinda cool, too), and he tackled a Beatles track (“She’s a Woman”) on his own Martin-produced album Blow by Blow in 1975. But it’s his cover of Stevie Wonder’s “Cause We’ve Ended as Lovers” which serves as the standout track on that same album.

Buckley’s cover of Leonard Cohen’s “Hallelujah” can be directly credited with reviving the song’s popularity to the point of modern standard. Based on John Cale’s version of the song from the 1991 Leonard Cohen tribute album, I’m Your Fan, Rolling Stone included Buckley’s cover as one of its 500 Greatest Songs of All Time. Q Magazine called it one of the top 10 greatest tracks as judged by a poll of 50 songwriters, and Australia’s Triple J radio station ranked it #3 on the Hottest 100 of All Time listener poll. Ironically, Cohen himself has distanced himself from the song’s rampant coverability, telling Canada’s CBC, “I was just reading a review of a movie called Watchmen that uses it, and the reviewer said ‘Can we please have a moratorium on ‘Hallelujah’ in movies and television shows?’ And I kind of feel the same way. I think it’s a good song, but I think too many people sing it.”

The Kinks’ original version of this rock classic – featuring Jimmy Page on guitar, by the way – is iconic enough, but Van Halen kicked the track up a notch with their cover on their 1978 self-titled debut. It wouldn’t be the last cover of Van Halen’s career: heck, it wasn’t even their last Kinks cover, as the band covered “Where Have All the Good Times Gone” on Diver Down. But it’s an undisputed VH1 classic which has been performed by each lineup of the band, including the famously DLR-era-shy Sammy Hagar configuration.

“Texas Flood” was originally written and performed in the mid-’50s by Larry Davis, who was bass player for Albert King for a time. Stevie Ray Vaughan’s version was a little slower and more spacious, although it retained the 12/8 feel of the original, and in light of the sheer force of Stevie Ray’s version as a guitar showcase, it’s interesting that Davis himself didn’t begin playing guitar until after he recorded the original version of the track. Stevie Ray’s version was the title track and centerpiece of his 1983 debut album, and became an instant classic.

01. “All Along the Watchtower” – Jimi Hendrix

Some say Bob Dylan’s vocal delivery is an acquired taste, but even if you can’t quite find peace with his voice, you’ve got to respect his songwriting abilities. Hendrix was well aware of the power of Dylan’s words and music, as evidenced by his cover of “All Along The Watchtower,” which in Jimi’s hands becomes a bona fide guitar classic.

Thanks for the report to Peter Hodgson, Gibson.com.