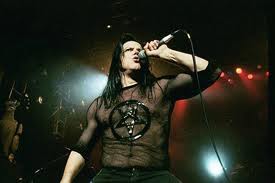 Danzig  has announced a string of US tour dates in support of his latest album, Deth Red Sabaoth.
“Deth Red Sabaoth” was released on June 22 via Evilive/The End Records. Produced by Glenn, the CD was recorded in Los Angeles over the course of 2009.
The 11-track collection, penned by Danzig, is laced with Glenn’s lycanthropic growls and blues-infected wailing. Tracks including “Black Candy”, “The Revengeful” and “On A Wicked Night” emit a spectral glow to rival the highest points in Danzig’s colossal discography. Part I of the exquisite two-part “Pyre of Souls” opens with acoustic guitar, haunting piano, Glenn’s plainsong vocal, and an almost dirge-like feel; Part Ii explodes with electric guitars and a driving, mesmerizing cadence.

Danzig have decided to insure that loyal fans are getting the first opportunity to buy tickets. For these shows, tickets will be offered before they go on sale to the general public. Tickets will have reduced service charges compared to the usual ticket outlets. Presales for the following shows are available here.

Danzig is in the recording studio and has started tracking for his long talked about covers album. According to an update, “five songs have already been laid down and although we can’t tell you the songs, we can tell you there is, of course, an ELVIS PRESLEY cover and a BLACK SABBATH cover.”