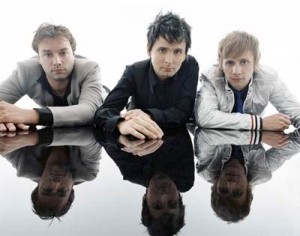 Muse, The Strokes and My Chemical Romance will headline this year’s Reading and Leeds festivals. Other performers include The Deftones, Elbow, Jane’s Addiction, Beady Eye, Pulp, The Offspring, Jimmy Eat World and Seasick Steve.

The Festivals take place on the August Bank Holiday weekend (26-28th) and tickets are on sale now.

Muse have already revealed that they will be using their headline slot to play tracks from their 2001 album Origin Of Symmetry for the last ever time.

In an interview with the NME frontman Matt Bellamy said that they would celebrating the 10th anniversary of their second album by saying farewell to some of its tracks.

“It’s probably the last time some of these songs will ever be played live again,” he said of the 2001 album. He explained that the shows would see the band “drawing a line under one phase of our career”.

He added: “It was on the second album ['Origin...'] that things really started happening for the band, and when we focused on the live side of things much more. So it’ll be like coming full circle: we’ve gone off on one a little bit, and now it feels like the right time to pull it back and remind ourselves of what we were doing 10 years ago.”

Thanks for the report to PlanetRock.com.