Posted in Music | Tagged linkin park, moscow, transformers
By TST Staff on May 24, 2011 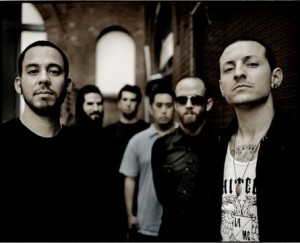 LINKIN PARK has announced they will perform a special outdoor concert in Moscow to celebrate the worldwide release of Paramount Pictures’ TRANSFORMERS: DARK OF THE MOON. The concert will take place in front of St. Basil’s Basilica in Moscow – with the Kremlin and Red Square as the backdrop – on June 23rd at 9PM. The Michael Bay film will open the Moscow International Film Festival on the same night.

Linkin Park will perform several of their hit songs including the single, “Iridescent,” which is the end title song in the upcoming third Transformers film. The movie opens worldwide beginning June 29th.  Stars from the film will be in attendance, along with director Michael Bay.