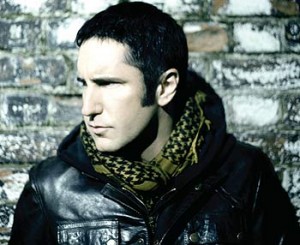 With Nine Inch Nails on hiatus at present, Trent Reznor has had something of a career revival as a composer of music for Hollywood movies. Earlier year, the multi-instrumentalist and driving force behind NIN was given an academy award for the score he composed for David Fincher’s Mark Zuckerberg biopic, “The Social Network”. It would seem that Reznor is keen to collaborate with Fincher again, given that he is in charge of the soundtrack for the director’s upcoming adaptation of Stieg Larsson’s bestseller, “The Girl With The Dragon Tattoo”.

What might come as some surprise, however, is the first track to have leaked from the soundtrack. Hennemusic.com has posted a one minute, 32 second sample of a Reznor produced cover of Led Zeppelin’s 1970 classic “The Immigrant Song” which features Yeah Yeah Yeahs’ front woman Karen O on lead vocals. The track, which is an industrial reworking of the classic rock staple, is currently featured in “The Girl With The Dragon Tattoo” trailer that is doing the rounds on the net.

Reznor is no stranger to playing with other musicians’ material, and has reworked songs by a number of acts including Joy Division, Gary Numan and Queen, both live and on record. Reznor’s own “Hurt” is perhaps one of the most covered songs of the past two decades and was a major hit for Johnny Cash back in 2003. That Led Zeppelin has allowed Reznor to cover the track for the film’s soundtrack is a strange turn in itself. The band is notoriously prickly about the use of their music at the movies.

Listen to the track below:

Thanks for this report to Ultimate Guitar.