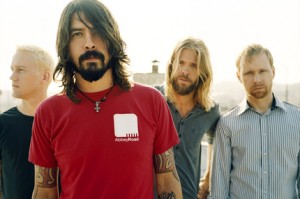 Foo Fighters have added another leg of dates to their U.S. arena tour. See tour dates below.

Pre-sales for this next run of headline shows–which will run from October 9 in Denver CO through October 20 in Sacramento and also include a November 14 Newark  NJ date–will begin 10 a.m. local time June 15. Special guests for the October-November dates will be announced later.

The October and November dates are the latest additions to the band’s worldwide tour in support of their upcoming album “Wasting Light.”

Foo Fighters have also announce that they’ll be headlining several European festivals, as well a sold out 130,000-capacity July 2-3 headline weekender at the UK’s Milton Keynes Bowl. In addition, Foo Fighters were recently announced as a Lollapalooza 2011 headliner and have also added three more Canadian dates: October 25 in Vancouver, October 27 in Calgary and October 28 in Edmonton.

More dates will be announced as they are confirmed. For a complete list of current Foo Fighters tour dates and ticketing info visit http://tour.foofighters.com/