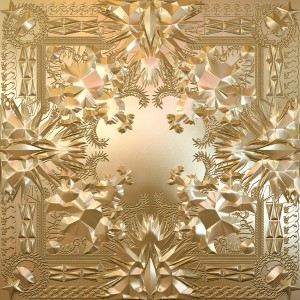 The orchestrators of Record Store Day feel slighted about missing out on what is sure to be one of the biggest releases in recent album history and have sent a collective letter to Jay-Z and Kayne West calling their marketing strategy, “short-sighted.”

The much anticipated release of Watch the Throne, the full length collaboration of rap heavyweights Jay-Z and Kayne West will not be available in record stores until I-tunes gets a four day head start, available Aug. 8. When physical discs hit the shelf  on Aug. 12, Best Buy has been given the exclusive rights to sell the deluxe version. Record stores across the country banded together to help keep physical copies of music alive and have recieved support from artists and fans alike. Now, more than 1,700 stores nationwide feel they will be taking a big hit stemming from the rapper’s decision.

The decision may adversely effect the artists as well. I asked 50 people about how they plan to get their hands on the album after telling them this news. Out of those 50 people over half of them said they will steal the album based on the fact the artists have mis-marketed the release. Two major corporate giants may not care about the little guys but music fans do.

Read the full letter below:

Independent record stores serve our communities. Our passion is music, and
we convey this to the millions of customers who come to our stores. That’s
what we do.

Four years ago independent music stores across the country banded together
to create Record Store Day. Our goal was to counter the negative media
coverage about the supposed demise of record stores brought on by the
closing of the Tower stores and to respond to the music business practices
that fans deemed to be manipulative and onerous.

We reached out to the artist community to see if they would join us, and the
response was overwhelming with words of support coming in from Paul
McCartney, Erykah Badu, Tom Waits, Chuck D, the Foo Fighters and countless
others. Working with their label partners, many of these musicians created
limited edition works of art, including vinyl and CDs made especially for
music specialty retail. Hundreds of these artists took the opportunity to
perform, DJ, and interact with their fans in our record stores. Here in the
US, Record Store Day lifted the entire music business by 8% and contributed
to the growth in music sales. Record Store Day is now one of the biggest
music events in history with millions of people participating worldwide. We
also continue to work throughout the year with labels, artists and managers
and run regular promotions via physical independent retail and
recordstoreday.com.

We are responding to the bad news that your new album will not be available
to independent record stores until after iTunes gets a window of
exclusivity. We also learned that the deluxe version (which is what the true
music fans who shop our stores will want by an overwhelming majority) will
only be available at Best Buy exclusively for a period of time. We believe
this is a short-sighted strategy, and that your decisions will be doing
great damage to over 1,700 independent record stores — stores that have
supported you and your music for years.

We know that you are busy, and that you put most of your energies into
creating great music, but we are writing to you in the hope that you will
hear us and take the time to rectify this matter. As representatives of the
independent record store music community, we are asking you to allow record
stores and music fans equal access to your new album.

With the utmost respect,