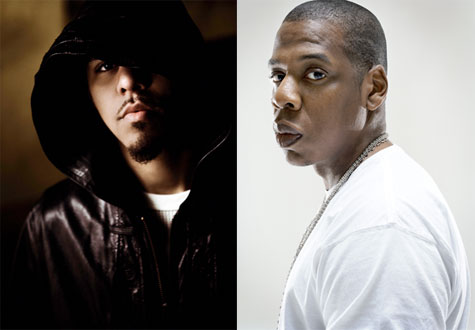 After much speculation and doubt, J.Cole finally receives a contribution from his mentor Jay-Z for his upcoming debut album Cole World: The Sideline Story. Excited about this gift, Cole decided to share it to world immediately.

The track titled “Mr. Nice Watch” (produced by Cole himself) is an energetic club banger that you wouldn’t expect from Cole’s production style. Heavily synth-driven with some inspirational vibes given from electric guitar riffs and brief hints of piano, Cole and Jay-Z go for the braggadocio route and don’t show too much chemistry. Cole just takes over the majority of the track and leaves the third verse open for Jay-Z. The track is very reminiscent of Watch The Throne tracks “Niggas In Paris” and “Who Gon Stop Me”, as far as atmosphere is concerned.

While a decent song at first listen (and I’m sure Cole is very happy this was completed), this seems thrown together at the last minute without much effort. However, the fact that this song was able to come to fruition gives a glimmer of hope to J.Cole’s currently shakey situation with RocNation. Take a listen for yourself and discuss the track.