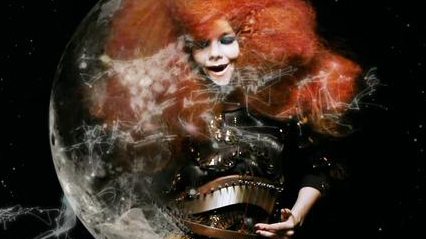 Icelandic singer/songwriter Björk releases another impressive video for “Moon” directed by Björk, Inez and Vinoodh, m/m paris and James Merry off her upcoming multimedia-themed Biophilia project. “Moon” is now available for purchase on iTunes along with an app for the song itself, which is the approach Björk has been taking for each single and ultimately the album releasing on October 10th.