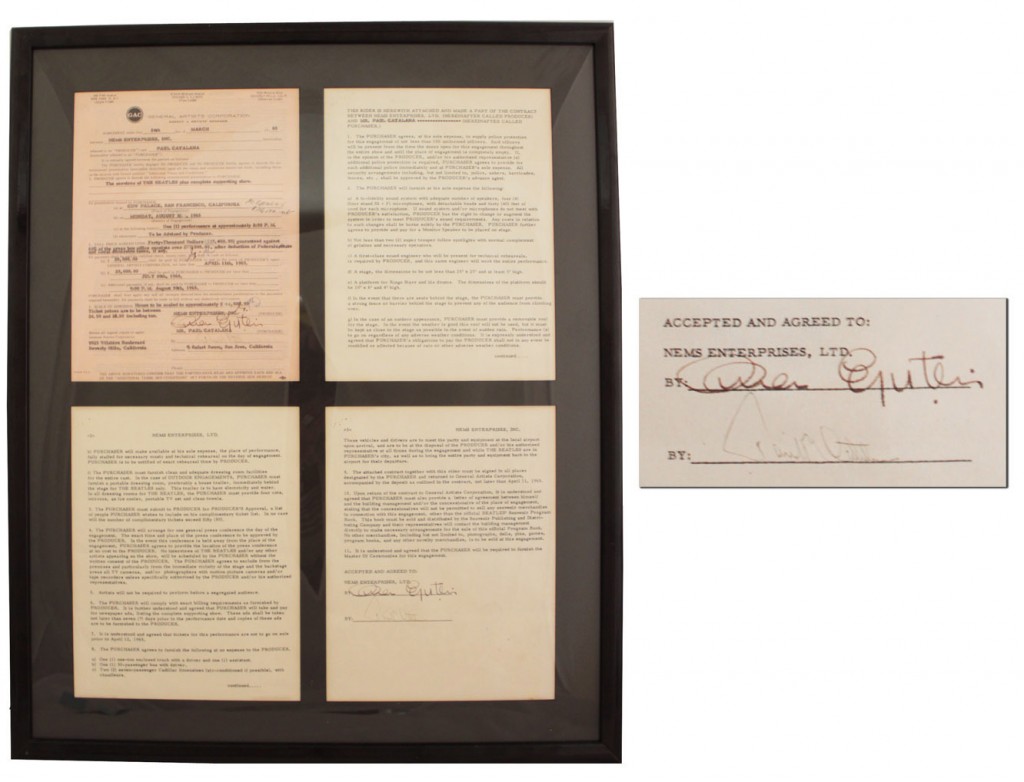 A contract that revealed that the Beatles refused to play for a segregated audience in 1965 at the Cow Palace in San Francisco, was recently auctioned off for over $20,000.

According to The Guardian the documents, signed by the band’s manager Brian Epstein, stipulated that the band would not play in front of a “segregated audience”.

The contract also required “no less than 150 uniformed police officers for protection” and a “special drumming platform for Ringo [Starr]“.

It was estimated that the document would only fetch around $5,000. It was sold for $23,033 at Nate D Sanders auction house in Los Angeles, Calif.