Embrace your camp side, Dexter. 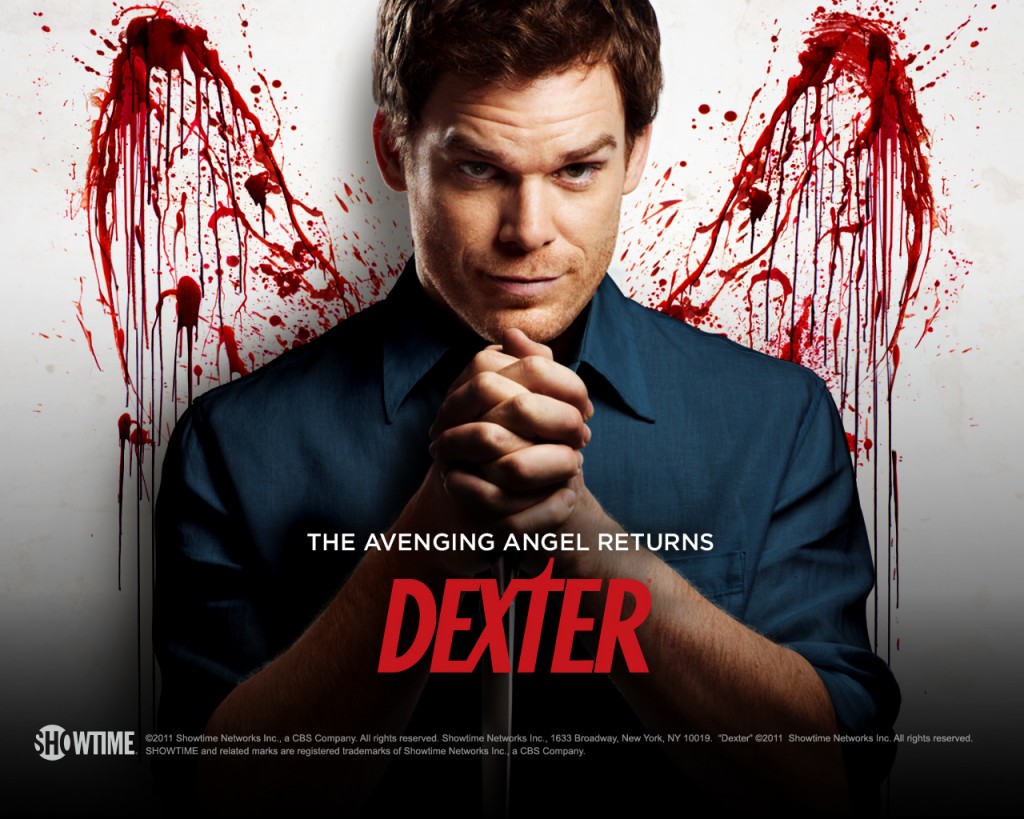 I’m going to say something now about Dexter I think some people won’t really like to hear. I want you all to know, I say it as a fan of the series, and with absolutely no sour feelings towards anyone involved in the show. I say it as someone who has been watching Dexter since it began airing, and someone who has never missed an episode:

I don’t mean the character, who is himself dumb at times, I mean the show in general is pretty dumb. In the first two series though, it didn’t matter. It was something that was dumb, but it never drew attention to that fact. You never stopped midway though either of the first two seasons and thought “man, this is dumb”. It was because of how totally straight everything was played, and more importantly, it was down to some stellar pacing. Things fell apart in season three. We found out that the Skinner was in fact… Just some guy. Deb got yet another new boyfriend, of little to no consequence. Characters repeated mistakes, and stretched into caricatures of themselves. It happened so quickly it was almost hard to notice, and when season four rolled in, I was fully aware of the silliness of the series. Season four, however, really worked. I credit much of this to Lithgow’s presence (you can really see why he was once considered for the role of Hannibal). He was such an interesting character that you would ignore the dumber aspects of the show. Ridiculous things could happen in an episode, but you couldn’t wait for the next one because you were so into the Trinity Killer story. Similarly, see the recent episode of Breaking Bad, “Crawl Space”. No many convenient, silly things happened that episode, but the ending was so grand that I forgot everything I didn’t like about it.

Then we got season five of Dexter.

I cannot really describe how dumb this series was. Plot points fade into the background, embarrassing delivery almost every episode, and the strings the writers were pulling were so visible they were practically cranes. I kept watching though, because I loved season four so much, and I was expecting the writers to pull something, something off at the least minute. That never happened. At one point, Dexter watches a video on Youtube of a cat farting. “What an ample image of what the show has become”, I thought. I felt like I was done with the show, like I had given up. So when season six aired a few days ago, I can honestly say I checked it out for no other reason than morbid curiosity. And something great happened;

The show was still dumb. But, it was almost like, Dexter knew it was dumb. The show was finally embracing it’s sillier elements rather than trying to play them stoney-faced. Allow me to provide an example;

At one point in the episode, Dexter, sociopathic murderer, dances to “hammer time” at a high-school reunion, while his ghost dad watches him, nodding with approval.

Either this moment was self-aware, or it was one of the stupidest things ever to be aired on TV. I loved this scene, I loved how it seemed to be saying “Yeah, we know. We’re at least going to have fun with it”. I don’t want to say it was as bold an opening statement as, say, the season three première of Community, but it was still more than welcome. That wasn’t all though! At one point, Dexter receives a blowjob and his narration, this serial killer’s inner monologue usually reserved for confiding his inner turmoil, tells himself to shut up and enjoy the blowjob. Oh, and at one point he plays football. Sure, there was comedy in the previous seasons, but they never felt like they were at Dexter’s expense. Here, it seems like the show is poking fun at their main character, and you know what? It works. Dexter is basically a normal guy now, who just happens to kill people. In the earlier seasons, the show tried to tell us he didn’t feel anything (though he clearly did). In the more recent series though, we see him feeling all the time. Somehow, over the course of five years, he cured his sociopathy.

I enjoyed these big dumb scenes so much I forgave some of the other dumb scenes. Angel getting neatly divorced mid-season, for instance. Best of all, the actual darker elements of the opener were so dark, so over-the-top seriel-killer cliché, that they became almost cool. I genuinely want to see the silliness the show built up in the first episode be expanded upon. Let’s face it; Dexter is not a show saying anything. It’s not an intellectually stimulating show, it doesn’t raise any interesting questions. It’s smut. I think this gives it the right to be silly.

Man, remember when shows could do that? I do. It was great. Remember in the second season of Breaking Bad, when one of the episodes opened with a song about Walter White, sung by a band in the desert? Breaking Bad would never do that now. Not in the place it is now, anyway.

As much as I’ve enjoyed Dexter in the past, I’ve always seen it as a guilty pleasure. I could never, straight-faced, recommend it before. After the most recent episode, though? It was refreshing. It was playing with a character that’s become a part of the zeitgeist, and I respect that.

If you’ve avoided Dexter before because it seemed silly to you, I recommend it to you now, and say you haven’t seen anything yet.