Feist and Mastodon to Record Split 7″ for Record Store Day

In perhaps one of the strangest collaborations of late, acclaimed singer-songwriter Feist and heavy metal legends Mastodon are to cover each others songs for a split release. Speaking to MTV News Canada, Mastodon’s frontman Troy Sanders has said that the band will cover a Feist song for Record Store Day, and ‘throw some hair and dirt on it’, whilst Feist will cover a Mastodon song and ‘pretty it up a little bit’. 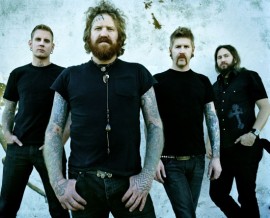 Both tracks are due to be recorded in December for release in April in support of Record Store Day, one Sanders has said Mastodon ‘always tries to be a part of’. Record Store Day is a day in support of Independent Music stores, and helping the industry gain more support in the wake of the seeming monopoly of iTunes.