Listen: A Look at Classical Influence in Modern Music 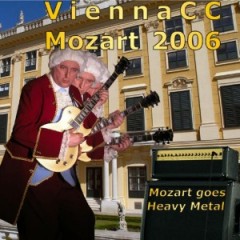 Although the world of music is full of snobs, arguments, and other conflict-laden statements, there is one undeniable truth: music builds on itself. Everybody has an influence, and most are quite vocal about who specifically shaped their tastes and style. While most artists point to role models who were prevalent through their childhood or developmental years, some find their muse (pun so intended) in far more classical roots. The list below mentions some modern musicians who show direct influence from their iconic counterparts.

A great example of this is Radiohead’s Exit Music (For a Film)’s similarity to Chopin’s Prelude in e minor, Op. 28 No. 4. The haunting melody found in the prior’s verse has the same structure and mood as embodied within the entirety of Chopin’s best known prelude.

“Exit Music For a Film”

With the recent release of El Camino, some newcomers may not be aware of Auerbach and Carney’s prior fixation on blues rock. Albums such as Rubber Factory and Thickfreakness are teeming with nothing more than infectious blues riffs and pounding beats. Within their prior music, however, many do not realize that a brief melody used on occasion by Auerbach is actually part of 1920s hit by George Gershwin.

“Girl is On My Mind”

If there had to be a poster child of classical influence, it would be Muse. Through every diminished chord and ivory tickling, traces of classic contemporary can be seen in every nook and cranny of Bellamy’s work. It is in Space Dementia where we see blatant homage paid to none other than Sergei Rachmaninoff.

Although I encourage all of you to listen from the beginning to the end of each of these tracks, the samplings should suffice for seeing each group’s classical influence. Timeless compositions have the capability to influence and spawn equally stunning works, and the examples above are incontestable proof. So next time you put on a record, remember that somewhere – maybe in your creepy uncle’s dust-laden vinyl collection – there may be an equally rockin’ classical composition with similar nuances, moods, and melodies.