James Brightman is from dizzying town of Milton Keynes, England. Currently in his second year of university (studying Creative Writing), he is contemplating the future of his life through music and poetry. His music tastes are wide and varied - when he can be pulled away from listening to copious amounts of Morrissey.

PJ Harvey to perform in front of U.K. Prime Minister

Double Mercury Prize winning singer-songwriter PJ Harvey will be performing songs from 2010′s Let England Shake on BBC Television’s The Andrew Marr Show – in front of incumbent U.K. Prime Minister David Cameron. This will be Harvey’s second performance in front of a British Premier, having performed an early version of the title track in 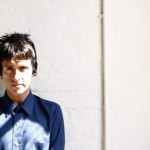 Former Smiths and Modest Mouse guitarist Johnny Marr has announced three shows in Manchester, with erstwhile backing band The Healers. It will be the group’s first gig since 2006′s Manchester Vs. Cancer show, which also saw Marr reconnect with Smiths bassist Andy Rourke. Dates for the shows are: Thursday 29th September – Night & Day

Influential punk mainstays The Stranglers have announced a U.K. tour for March 2012, in conjunction with the 35th anniversary of debut album Rattus Norvegicus. The band are also currently writing and recording their seventeenth studio album, due to be released next year, so it remains a possibility that the four-piece will unveil new material on 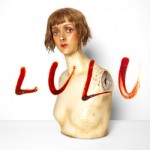 Transport for London have decided to ban posters which promote Lou Reed and Metallica’s forthcoming collaborative effort – because it looks too much like graffiti. The album cover depicts a limbless mannequin wearing a life-like expression, with ‘LULU’ smeared in blood in front of it. Lou Reed has hit out at TfL, stating: “What would

Iconic singer-songwriter and international woman of mystery Kate Bush, has confirmed the upcoming release of  new album ’50 Words for Snow’. It will be her first collection of new material since 2005′s ‘Aerial’, however it will be her second album to be put out this year following the May release of ‘Director’s Cut’ – a