Listen and Download: Tyga ft. Drake – Still Got It 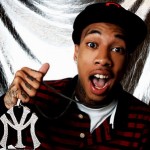 When you’re on a label with plenty of superstars it’s easy to get caught up in their shadow. Well Young Money Tyga is ready to come out in the spot light. Tyga has been preparing his sophmore album “Careless World” for quite some time, and finally the first single is here featuring Drizzy Drake on

Pink Floyd tribute week continued as the Foo Fighters performed with the legendary Roger Waters Tuesday night on Late Night With Jimmy Fallon. Watch the video below. The band covered “In the Flesh?,” the opening track from 1979′s The Wall, with Waters singing lead and playing bass 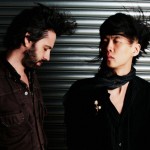 VHS or Beta’s new album, Diamonds and Death, is out todayon Krian Music Group/Chromosome Records. The album is a journey full of thrilling moments and unexpected turns. The album’s electronic foundation is a byproduct of the many nights VHS or Beta DJs have manned the decks and remixes they have done in the last few years. 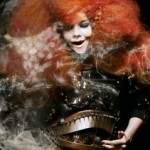 Talkdemonic New Album To Be Released And Plays October Shows

Indie-instrumental band Talkdemonic is getting ready for the release of their new album, Ruins, which officially comes out on October 4th. The band started in 2004, when Kevin O’Connor decided to jump into the music frontier with something new, and was joined by his friend Lisa Molinario, a violist. Since then, they have released three