Reform! Lady Gaga (or more accurately, the Lady Gaga team) made the decision to sell Born this Way for only $0.99 on Amazon, and sales went… Well, about as well as you’d expect a $0.99 Lady Gaga product would go.  According to Billboard, the LP topped charts, 1,108,000 copies in …

Lady GaGa’s “Born This Way” is an 80s throwback that comes out sounding more dated than fresh.

Lady Gaga will stream her new album ‘Born This Way’ online from tomorrow morning (May 18). The album will  be released next May 23rd, but fans in the UK will be able to hear it in full at Metro.co.uk from 7 am GMT. For more details click

Lady GaGa posted the tracklisting for her upcoming album “Born This Way” via her Twitter.

Lady GaGa performed at Atlanta’s Gwinnett Center Arena and proved that she rocks with passion and sincerity. 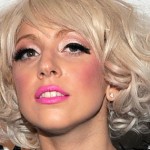 In her latest installment of “Gagavision” Lady GaGa announced that the next single from her forthcoming album “Born This Way” would debut on April 9.

Lady GaGa announces she will co-direct her new video for “Judas.” She also leaked some of the lyrics