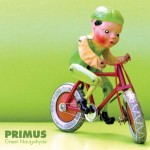 The 2011 Hangout Festival Lineup has been announced. The festival will take place in Gulf Shores, Alabama May 20-22nd and headlining this year’s event will be Foo Fighters, Paul Simon, Widespread Panic, The Black Keys and My Morning Jacket. Other artist performing include: Flaming Lips, Cee Lo Green, Primus, Michael Franti & Spearhead, Pretty Lights,